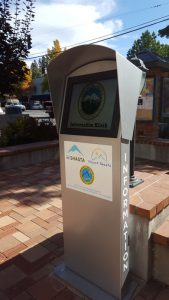 Definition: The City Plaza is defined as that area located on the south side of City Hall and in the front and sides of the Police Department, extending on the north side of the Police Department from the inner edge of the sidewalk along North Mt. Shasta Boulevard to the stairway between the public restrooms and the alley, and on the south side from the inner edge of the sidewalks along north Mt. Shasta Boulevard and Lake Street to the east wall of the Fire Department.

Intent: The intent of the City Plaza is to serve as an open public gathering space for casual contact and interaction among all users. The public should enjoy equal ease of access to and use of the City Plaza at all times consistent with existing local ordinances. The rules for its use should be based on the fundamental democratic principles of freedom of speech, assembly and religion.